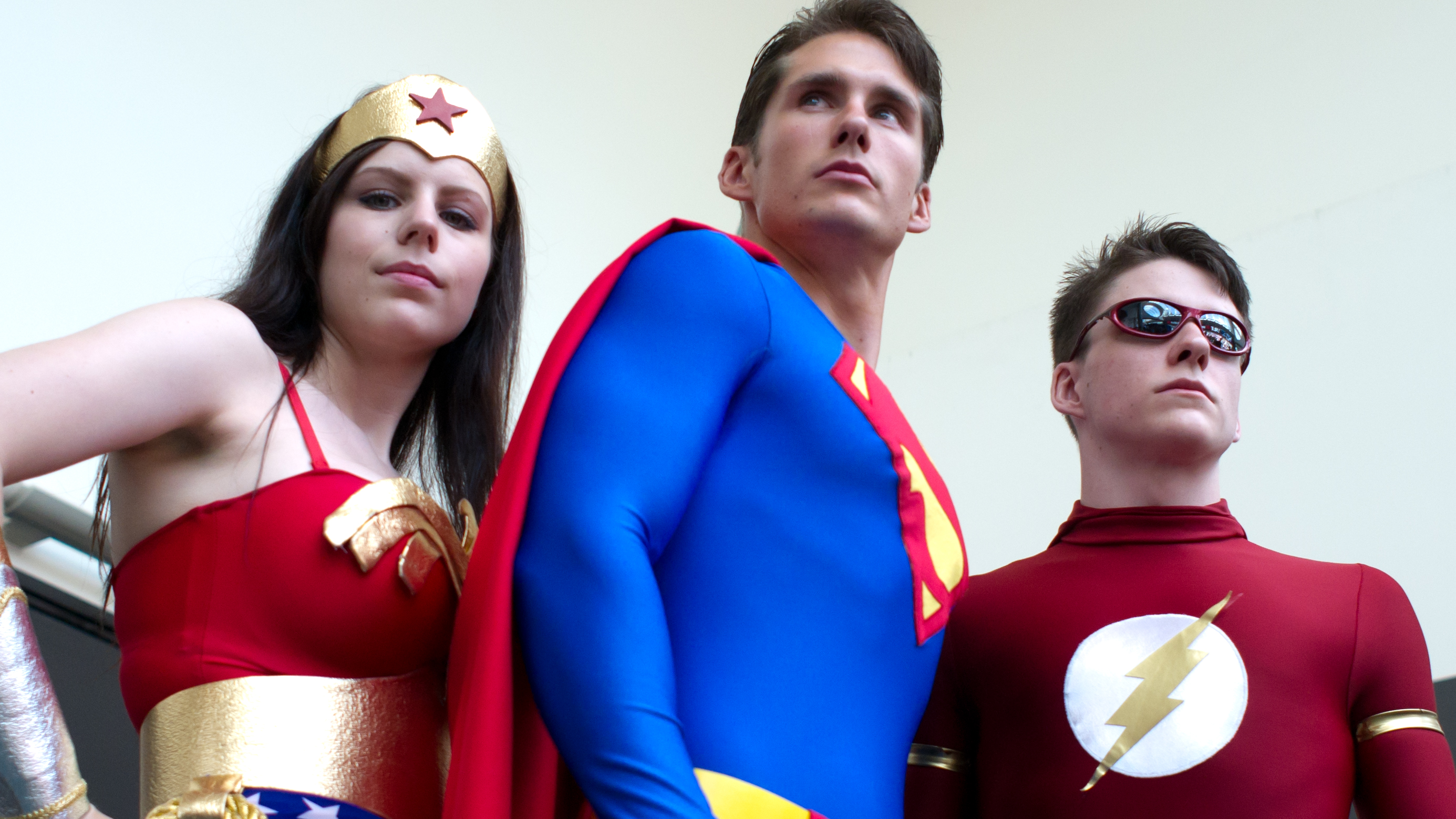 Daisy is hopping like it’s World Carrot Day, because in celebration of Sam Diego Comic-Con 2015, Comic-Con Heroes: The Fans Who Make the Greatest Show on Earth is now free and in the public domain. Someone please pass the lettuce! From SDCC 2013, Joe Wilcox profiled 12 attendees, who represent the real stars of the show—not Hollywood types getting big media attention.

Comic-Con Heroes is free from Smashwords in the format of your choosing and also from Amazon. But there’s a big caveat attached to the Kindle Store, which won’t let us give away the book. We must charge at least 99 cents. For the exposure, JW wants to keep CCH at the store where it has been longest. But he may pull it in the near future. Daisy thumps that there’s no boubt a adout it. The book won’t remain at Kindle Store for long.

Oh, she’s a naughty girl, though. The rabbit keeps secrets. Ahead of today’s release, Joe serialized Comic-Con Heroes on his website, but Daisy didn’t tell you.

In order of appearance: