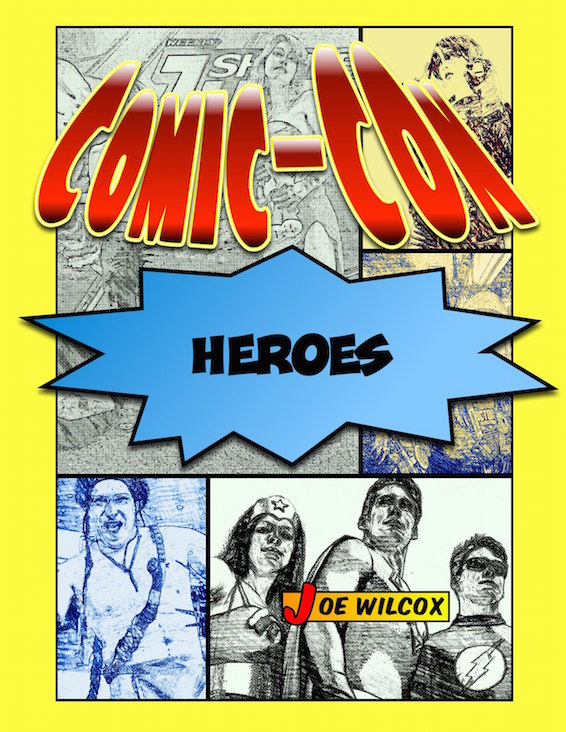 In July 2013, Joe Wilcox attended his fifth San Diego Comic-Con, with intention of profiling 12 attendees—the real stars, not those descending from Hollywood.

Comic-Con Heroes: The Fans Who Make the Greatest Show on Earth published six weeks later. On July 8, 2015, the book entered the public domain. You can download the format of your choice from Smashwords.

Each year 130,000 fans gather, and where they go Hollywood follows. News coverage weighs heavily to celebrities. The real stars aren’t the big-screen actors and showrunners but the small, bit-players roaming the halls; the attendees.

One attendee calls Comic-Con “nerd paradise”, where for a few days oddball dreamers, crazy lovers of fantastic stories, and ardent superhero fans can be free; the social rules constraining them everyday no longer apply.

From its early comic-book beginnings in the 1970s until today, the Con is all about superheroes and whom fans aspire to be: Better versions of themselves. As the 12 profiles show, the best stories aren’t the ones we read or watch but those we live each day that seek to unleash the hidden hero within.

Please address any inquiries to joe at bunnybows dot com.