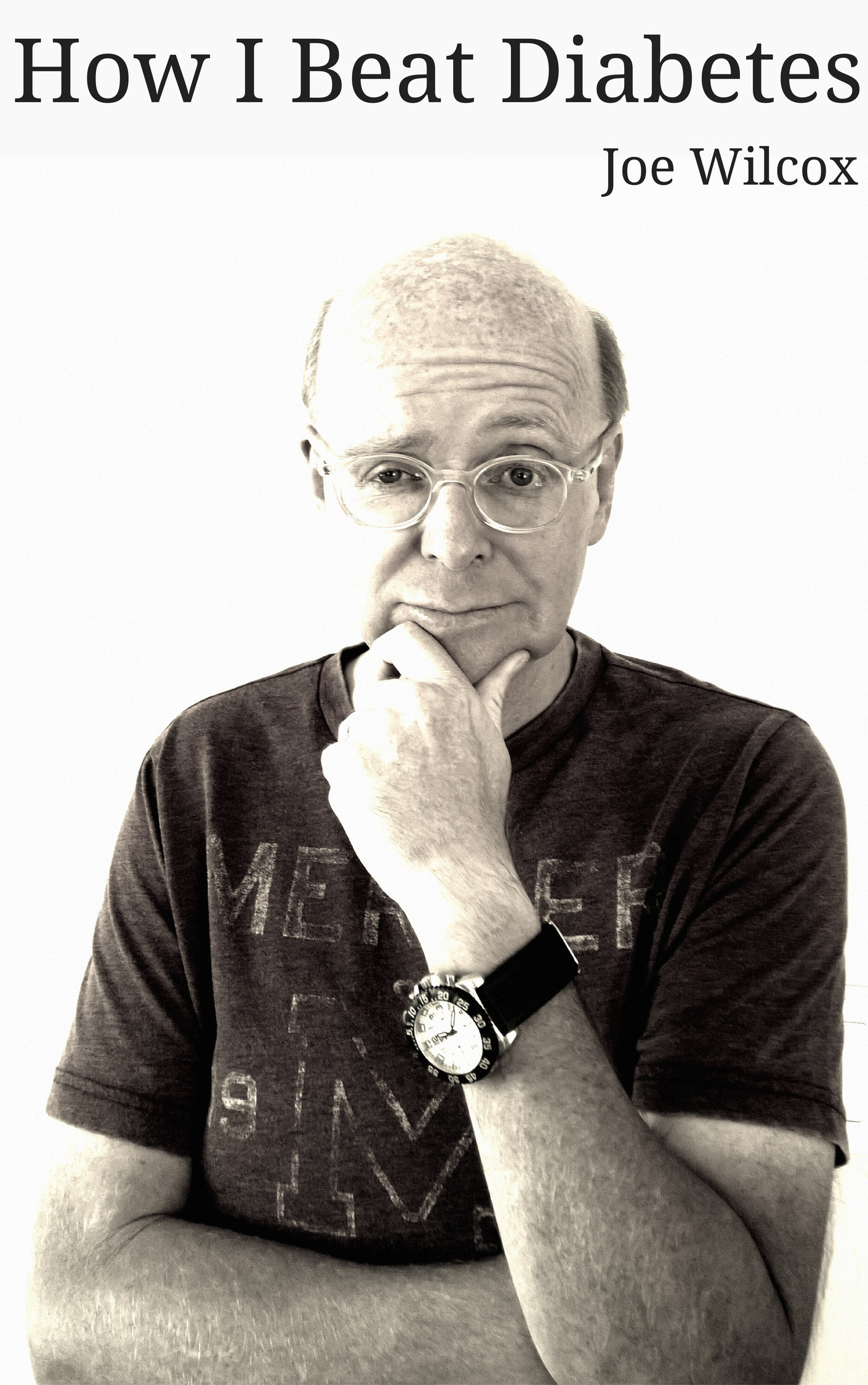 In mid July 2013, he received a desperate call from his doctor. A routine non-fasting blood test brought back glucose level of 212 milligrams per deciliter (mg/dL) Anything below 100 is safely normal. According to the National Institutes of Health: “A level of 126 mg/dL and higher most often means you have diabetes”.

“I made a decision”, he says, “to ignore the doctor and not return for diabetic treatment, as she demanded. I would change my diet first and see if the problem could be corrected that way. If not, then I would follow whatever regime she recommended, even if that meant insulin shots”.

Joe Wilcox’s journey over the next year will astound you. He lost about 35 pounds and by eating differently—not dieting—his health improved and his doctor abandoned her recommendation to start insulin treatments. His next blood test, in May 2014, came back 85 mg/dL. His A1C, which measures glucose level from 3 months to 6 months, was 5.6 percent. According to NIH: “A normal A1C level is below 5.7 percent”.

Wilcox isn’t a medical professional and wouldn’t recommend that anyone ignore a doctor’s orders. However, everyone diagnosed or risks diabetes can improve health, and many can naturally correct insulin balance.

“Diabetes is a lifestyle change”, Wilcox says. “You can adapt by shooting up insulin and checking blood sugar levels, or you can choose to eat differently. The insulin way will let you continue to eat much like you did before; to cheat, as so many diabetics do. Or you can develop new tastes and improve livelihood”.

He emphasizes: “My method can’t cure everyone, but surely anyone can be healthier by adapting diet based on what I do. I didn’t diet. I changed my diet, which is wholly different”.

The United States is a nation of overweight and sick people. According to the “National Diabetes Statistics Report” published in June 2014, 9.3 percent of Americans have diabetes, but 28 percent are undiagnosed; they don’t know. However, nearly three times as many with the disease are prediabetic (86 million).

Follow Wilcox’s journey from toxic glucose levels to normalcy. What he learned will enlighten you and quite possibly change your life or someone whom you love.

“With diabetes, lifestyle change is inevitable”, he says. “For some people, adapting diet is a cure. I am among them, and you could be, too”.